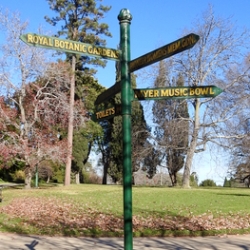 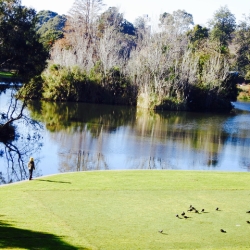 Chilling out with the family in Melbourne over the winter we wanted to enjoy the sunshine when we had the opportunity so we headed on over to a fave place I used to frequent often years ago the Royal Botanical Gardens AKA The Tan. 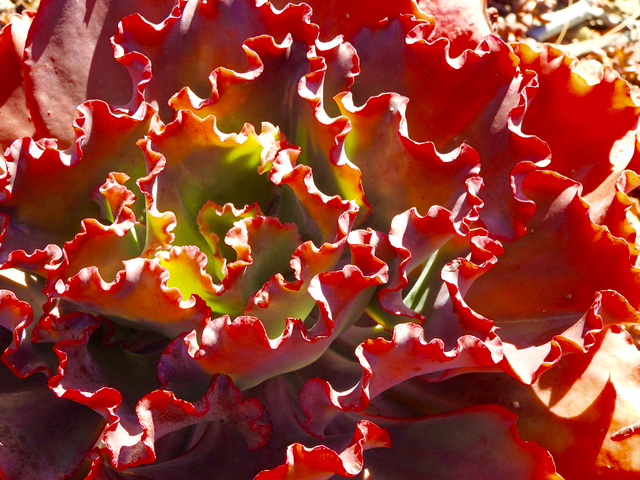 The kids were complaining about all the walking we were doing so we checked out Fern Gully, once a home to the flying foxes (they have been relocated to another park outside of the city) and the Guilfoyle’s volcano, which my daughter thought was a real volcano but she was a bit annoyed to find a volcano-shaped pool. I loved the design especially the water saving plants surrounding the pool. My son enjoyed touching the sharp cactus in his Pikachu hat. 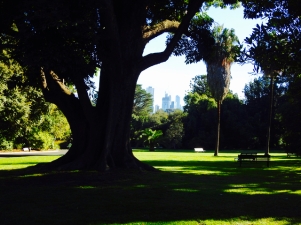 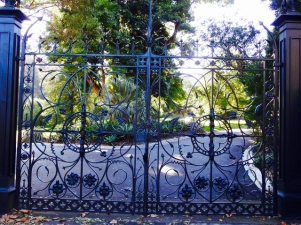 While we were at the gardens we saw a cockatoo flying around – who knows what they are doing in the city these days? The botanical garden is a picturesque place to wander around and practice taking pics with my new camera. 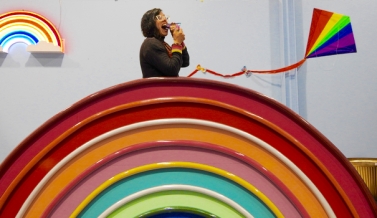 After the gardens, we enjoyed ramen in the city and enjoyed our anniversary gift of a trip to Sugar Republic in Fitzroy. It was the Aussie version of the Museum of Ice Cream in SF, which I have never been to it is hard to get tickets – many of my friends have been and their pics are super cool.

This was so fun with spinning the wheel of treats to score some goodies, then we wandered into sugar heaven with a bag of wizz fizz – whew way too much sugar for me. After that hit, we enjoyed a charcoal cone of soft serve ice cream with sprinkles, mmmm! I have recently quit sugar so I was a bit high after all this and then I scored an iced vovo, yummo I have not had one in ages! The massive ice cream sculptures have one of my fave ice blocks a Golden Gaytime. 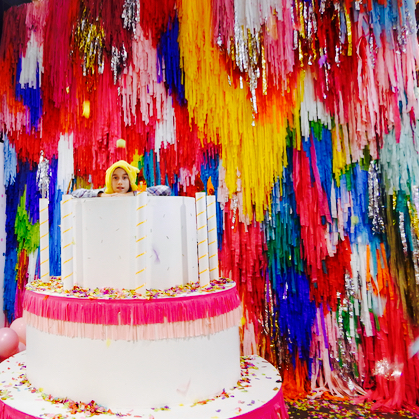 We jumped out of a giant birthday cake in a room of confetti and each room was created by a different artist which made the flow of the space really fun. 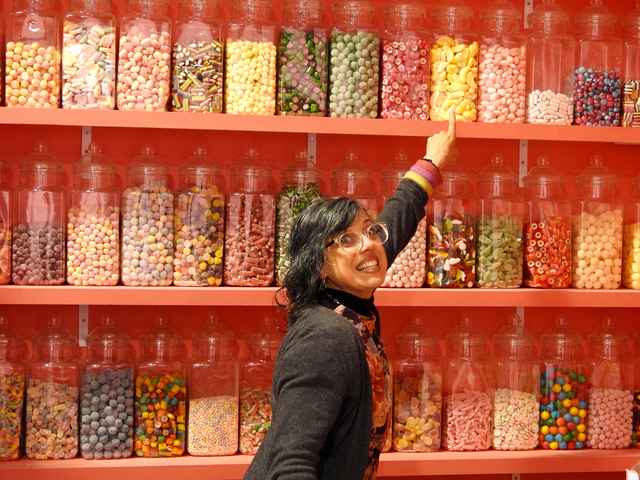 We really enjoyed the lolly shop with all the lollies that we used to score for $1 at the milk bar. The wall of neon was super cool with many treats including fairy bread, I must say this was the prettiest neon I have ever seen and I live in the land of neon in the US of A. 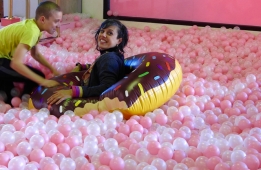 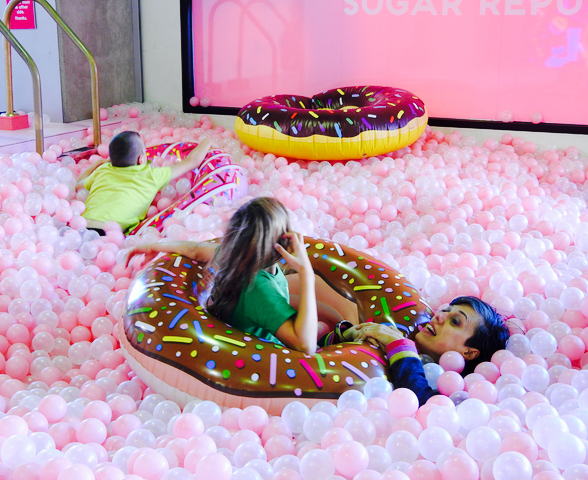 On our exit, we enjoyed some time in the ball pit of bubblegum bubbles, where it was important to take off all your accessories otherwise they would disappear to the bottom of the pool! The kids were very excited and really enjoyed the ball pit where they told us to swim under the balls, scary stuff!! 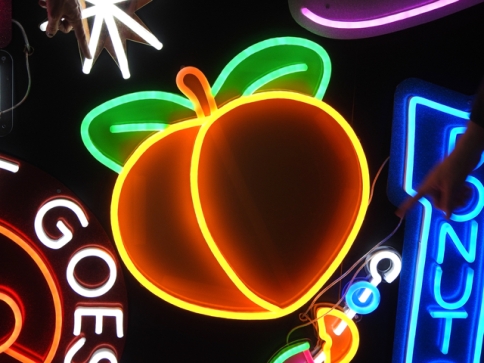 It will be our 12th anniversary on July 23rd and we will be on either side of the world so our celebration was to enjoy our time together with the family at Sugar Republic.

The kids were swinging in the fairy floss room, it would have been so good to get some fairy floss too as part of the sugar high.

We had such a fun time eating sugar and getting the sugar high with the sweet of the day musk sticks! The cool thing about Sugar Republic was that it was at a warehouse where the Macrobertson factory once stood back in the day and there was a wonderful story about “white city” that once stood in the streets of Melbourne – the home of Freddo Frog and Cherry Ripe. In the story, I liked how the owner of the factory wore a white suit and hat and rode around in a carriage pulled by two white ponies.

A mindful little project taking me down my photography path from back in the day
Beauty in a treescape 💚
Lots of yellow and flowering for the spring 🌼
So happy to be outside in my happy place
Loading Comments...
%d bloggers like this: